This is a public service alert. 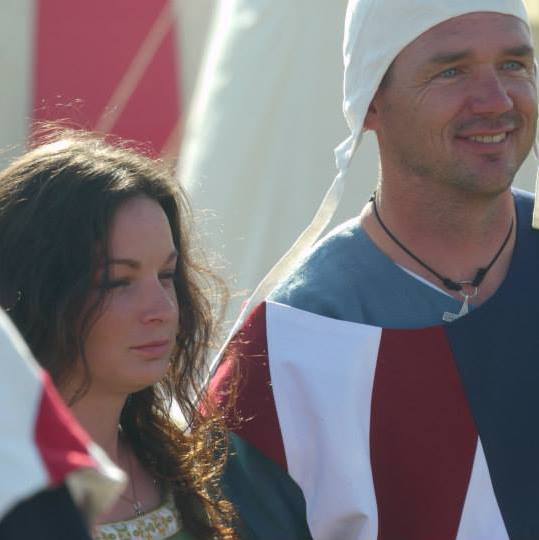 Mark Elrick is a cop in the Albuquerque Police Department. Elizabeth Escogne is a “Community Support Worker” employed by AgaveHealth, Inc., an Arizona-based company whose mission to provide “health care to communities within the state of New Mexico” would seem great at first blush, until you’re privy to the kinds of things their employees talk about with their cop friends when they think no one who cares is listening. What sorts of things? In the span of overhearing just one conversation, Elizabeth and Mark:

Their conversation ended when Mark remarked that he had to be on his way to harass a houseless family who have been living in an RV.

Elizabeth is a gun collector and cop apologist while Mark is, well, a cop. (So, y’know, ’nuff said). Both participate in “historical medieval battles” as part of a team team whose uniforms are patterned after the United States’ flag:

They’re basically what you would expect: a cross between murderous Crusaders and people who believe they’re real-life versions of Captain America. In other words, people who have drunk all the propagandistic kool-aide you can imagine, and then some.

I’m writing this on my blog instead of in the Facebook Cop Block Tool and the Predator Alert Tool for Facebook due to a bug in those pieces of software that will hopefully be fixed soon. Once fixed, please report these two to those databases if they’ve not yet been added by someone else.

Police do not equal protection. #PoliceArePredators

Knowledge is a seed. Sow it! SHARE THESE RESOURCES: