If you’re following anti-police brutality activists, you might have heard about a new smartphone app that aims to cut down on the need for police. Cell 411 is touted as “the decentralized emergency alerting and response platform” that “cops don’t want you to use.” There’s only one problem: its central marketing claims aren’t true. Cell 411 is not decentralized, and there’s no evidence that cops don’t want you to use it.

Let me be clear that I love the idea of a decentralized emergency alerting response platform. I think it’s incredibly important for such a tool to exist. I’m so committed to that belief that I’ve been building a free software implementation of just such a tool, called Buoy, for a few months now.

Further, I believe it’s equally important that the developers of a tool like this actively eschew the State-sponsored terrorist gangs known as law enforcement, because that mindset will inform the tool’s development process itself. On the face of it and from the research I’ve done to look into Cell 411’s developers, I think there is a lot of welcome overlap between them and myself. Indeed, I’m grateful to them for developing Cell 411 and for dropping their price for it, offering it free-of-charge on the Android and iOS app stores, which is how it should be. Nobody should be charged any money for the opportunity to access tools for self- and community protection; that’s what cops do!

I’ve even reached out both publicly and privately to the developers of Cell 411 through email and Twitter to ask them about a possible collaboration, pointing them at the source code for the Buoy project I’m working on and asking where their source can be found.1 I want to see a project with Cell 411’s claims succeed and be a part of abolishing the police and the State altogether. I think there’s real potential there to make headway on an important social good (abolishing the police, dismantling the prison industrial complex, among other social goods) and I want to offer whatever supportive resources I can to further a project with these goals.

But I am concerned that Cell 411 is not that project. The fact is there are glaring, unexplained inconsistencies between their marketing material, the perception that they encourage the public to have about their tool, and their tool’s legal disclaimers. Such inconsistency is, well, sketchy. But it’s not unfamiliar, because this exact kind of inconsistency is something activists have seen from corporations and even well-meaning individuals before. We should be able to recognize it no matter the flag, no matter how pretty the packaging in which the message is delivered is wrapped in.

On the Google Play store, Cell 411 describes itself like this:

Cell 411 is a De-centralized, micro-social platform that allows users to issue emergency alerts, and respond to alerts issued by their friends.

The problem is in the very first adjective: de-centralized. To a technologist, “decentralization” is the characteristic of having no single endpoint with which a given user must communicate in order to make use of the service. Think trackerless BitTorrent, BitCoin, Tor, or Diaspora. These are all examples of “decentralized” networks or services because if any given computer running the software goes down, the network stays up. One of the characteristics inherent in decentralized networks is an inability of the network or service creator from unilaterally barring access to the network by a given end-user. In other words, there is no one who can “ban” your account from using BitTorrent. That’s not how “piracy” works, duh.

Unfortunately, many of the people I’ve spoken to about Cell 411 seem to believe that “decentralized” simply means “many users in geographically diverse locations.” But this is obviously ignorant. If that were what decentralized meant, then Facebook and Twitter and Google could all be meaningfully described as “decentralized services.” That’s clearly ridiculous. This image shows the difference between centralization and decentralization: 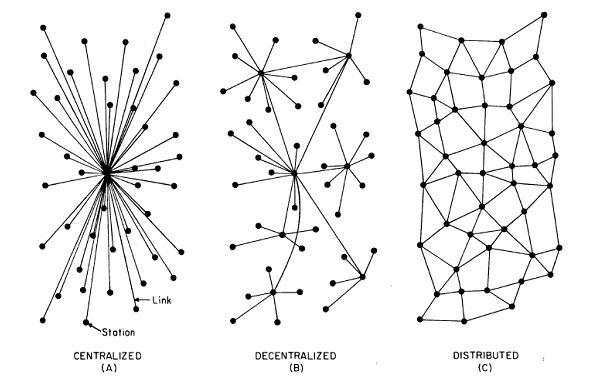 As you can see, what matters is not where the end users are located, but that there is more than one hub for a given end user to connect to in order to access the rest of the network.

Armed with that knowledge, have a look at the very first clause of Cell 411’s Terms of Service legalese, which reads, and I quote:

1. We may terminate or suspend your account immediately, without prior notice or liability, for any reason whatsoever, including without limitation if you breach the Terms.

This is immediately suspect. If they are able to actually enforce such a claim, then it is a claim that directly contradicts a claim made by their own description. In a truly decentralized network or service, the ability for the network creator to unilaterlly “terminate or suspend your account immediately, without prior notice or liability” is not technically possible. If Cell 411 truly is decentralized, this is an unenforceable clause, and they know it. On the other hand, if Cell 411 is centralized (and this clause is enforceable), other, more troubling concerns immediately come to mind. Why should activists trade one centralized emergency dispatch tool run by the government (namely, 9-1-1), for another centralized one run by a company? Isn’t this just replacing one monopoly with another? And why bill a centralized service as a decentralized one in the first place?

Virgil Vaduva, Cell 411’s creator, told me on Twitter that the app is not open source but hinted that it might be in the future:

@maymaymx Yes, it's a free app but this is not an open source project. At least not at this point in time.

This leaves me with even more questions, which I asked, but received no answer to as yet. (See the Twitter thread linked above.)

Cell 411’s proprietary source code is licensed under an unusual license called the BipCot NoGov license, written by a libertarian group with whom I share distrust and hatred of the United States government. Where we differ, apparently, can be summed up by this Andy Singer quote:

And that concerns me greatly. Cell 411 originally cost 99Â¢ per app install on both the Google Play and iTunes app stores. It’s now free, which, again, is a move in the right direction. But by refusing to release the source code, SafeArx holds its users hostage in more ways than one. There are already rumors that the company is intending to monetize the app in the future, perhaps by charging for app downloads or perhaps in some other way in the future. That is fucked. The people who need an alternative to the police most of all are not people with money. That’s why all of Buoy’s code was available as free software from the very beginning; so those people could access the tool. And beyond that, it’s the very people who need an alternative to the prison industrial complex most who are also most in need of safety from capitalism’s exploitative “monetization.”

I hope Virgil chooses to make Cell 411 free software tooâ€”i.e., not just free as in no-charge but software libre as in freedom and liberty. A closed-source tool is downright dangerous for activists to rely on, especially for an app that is supposed to be all about communal safety. This has never been more obvious than in the post-Snowden age. If you share our goal of abolishing the State and ending the practice of caging human beings, and you want to dialogue, please do what you can to convince the people running SafeArx and Cell 411 of the obvious strategic superiority of non-cooperation with capitalism.

Which brings me to my next major concern: there is no evidence that cops hate Cell 411, despite the headlines. It’s obvious, at least to anyone who understands that the purpose of cops is to protect and uphold white supremacy and oppress the working class, why cops would hate a free decentralized emergency response service. Again, I want to use such an app so badly that I began building one myself.

I am not saying that Cell 411 is a bad tool. Far from it. My belief is that it is a good tool for individuals and my hope is that it will become a better tool over time. But if Cell 411 is to go from “good” to “great,” then it must actually be decentralized. It must be released freely to the people as free software/software libre. Private individuals who are working to create social infrastructure as an alternative to police must be able to access its source code to integrate it with other tools, to hack on it and make it more secure. This is the free software way, and it is the only feasible anti-capitalist approach. And the only strategically sound way to abolish police is to abolish capitalism, since police are by definition capitalism’s thugs.

It is the explicit intent of police and the State to prevent private individuals from taking their own protection into their own hands, from making their own lives better with their own tools in their own way, by not allowing access to the source of those tools. We, Cell 411 included, should not be emulating that behavior.

I want to be able to run my own Cell 411 server without asking for permission from SafeArx to do so. If Cell 411 were decentralized free software, I would be able to do this today, just as I can publish my own WordPress blog, install my own Diaspora pod, or run my own Tor relay without asking anyone for permission before I do it. This is what I can already do with Buoy, the community-based emergency response system that is already decentralized free software, licensed GPL-3 and available for download and install today from the WordPress plugin repository.

But as long as Cell 411 remains a proprietary, closed-source, centralized tool, all the hype about it being a decentralized app that cops hate will remain hype. And there are few things agents of the State like more than activists who are unable to see the reality of a situation for what it is. 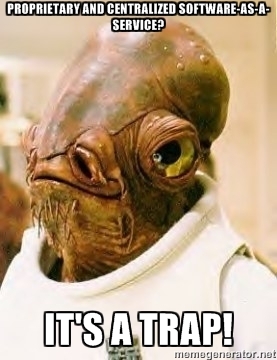 If you think having a free software, anarchist infrastructural alternative to the police and other State-sponsored emergency services is important and want to see it happen, we need your help making Buoy better. You can find instructions for hacking on Buoy on our wiki.